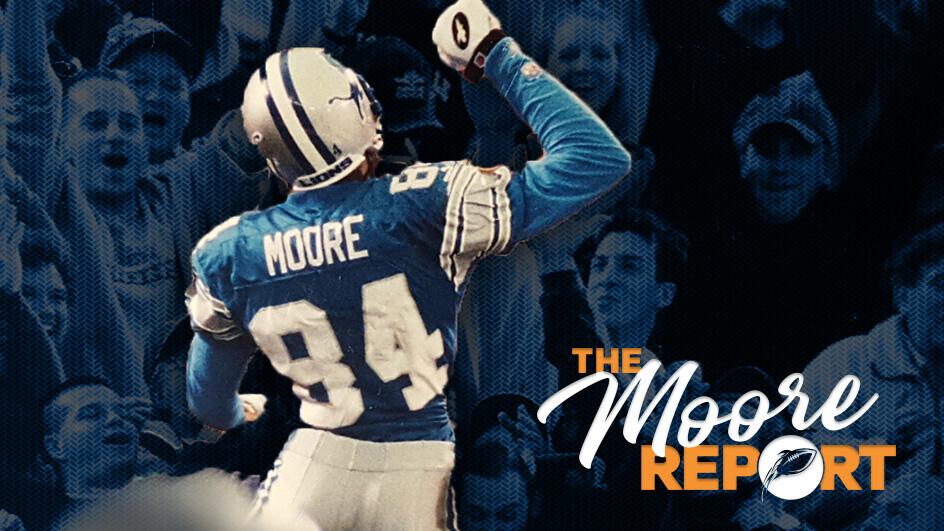 In this week’s edition of The Moore Report, I’ll look at the Lions’ 13-10 win over the Chargers and add my thoughts from the perspective of the coaches, the players, and the fans.

The first regular season home game of the year is always exciting, and the fans in Detroit were ready. I wanted to see how the Lions would follow up the previous week’s tie, which felt like a let-down after dominating the game for the first three quarters.

We can’t look at this game without acknowledging the Chargers’ mistakes that gave the Lions the opportunity to win in the fourth quarter.

After a Lions interception, the Chargers drove 95 yards and fumbled at the goal line. On the next drive, they missed a 42-yard field goal.

If the Chargers convert on both of those drives, we’re talking about a 20-6 LA lead heading into the fourth quarter.

While it can’t be overlooked that Matthew Stafford put together a game-winning touchdown drive in the fourth quarter and Darius Slay iced it with an interception, they were only in the position to win because the Chargers made critical errors.

The Lions will have to clean up their own mistakes if they expect to contend in a talented NFC North.

Players are always glad to get a win - it takes the sting out of mistakes.

This bottom-line league is all about wins and losses, regardless of how they look. Great-looking losses are still losses and bad-looking wins are still wins. The players will be energized by their ability to put together a fourth-quarter victory, but ready to correct and prepare for Week 3.

But the fact won’t be lost that each unit struggled against LA. Special teams struggled in all areas - penalties, kicking, and returning - the defense had a tough time getting to the quarterback for the second week in a row, and the offense committed two turnovers in the third quarter.

Many players will come in on their day off for an extra workout and then be ready to start fresh on Wednesday.

After Sunday’s win over LA, Coach Patricia made a reference to “Sloppy September,” noting that all teams struggle in some way in the first month of the season.

While that may be true of all teams, the margin for error is much larger with championship teams. As I said last week, good teams make plays in spite of missed assignments and fundamental errors.

If the Lions can transition out of sloppy play, it will be a result of learning to better communicate with one another and respond to one another when errors are committed.

One thing I took note of during the last game was Coach Patricia’s move to pull Jamal Agnew after he appeared to fumbled a return. He said after the game that he did what he felt was right in the moment, but it also sends a message to players that there is always a next man up.

The fans have to be excited to walk away with a win, even if it wasn’t the prettiest win. Just as I said in regards to the players, a win can erase the bad feeling of mistakes real quick.

Now the question is whether the team can get better in Week 3. If the Lions can follow up a home win with a strong win at Philadelphia and show improvement, it will renew the resolve in the fan base that this team can compete.

Beyond that, I want to hear what you actually think as a fan. Hit me up with your comments and questions on Twitter @HMan84, and I will answer them there and in a future post.