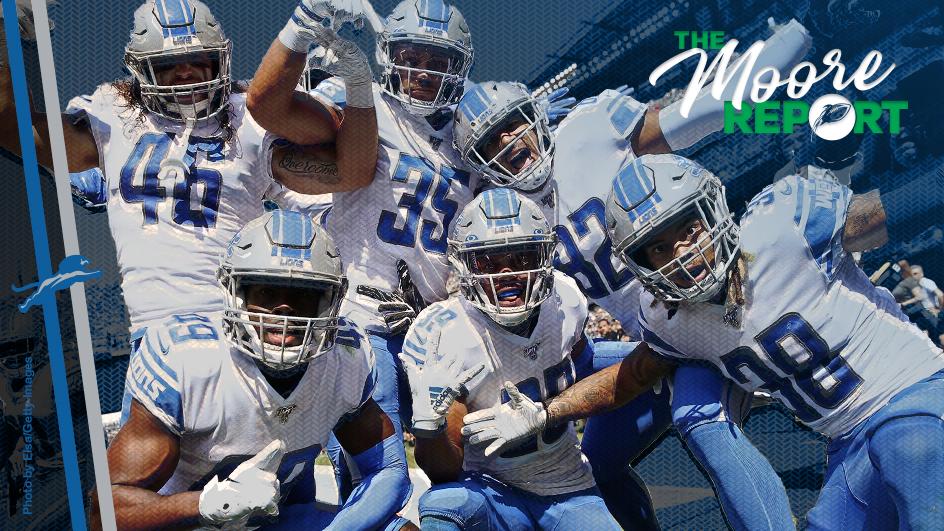 In this week’s edition of The Moore Report, I’m looking at the Lions’ 27-24 win at Philadelphia from the perspectives of the players, coaches, and fans.

Winning in the NFL is tough, especially on the road. The Lions didn’t turn the ball over, had a better day on special teams, and turned in good individual performances. They should be happy coming away with a victory and sitting second in the NFC North.

That being said, the game should have been out of hand before halftime. The Eagles fumbled twice in the final six minutes. Twice the Lions reached the red zone, twice they came away with field goals.

Against a Philadelphia team decimated with injuries, Detroit still managed a win. Against a championship team, however, that eight-point swing probably costs them the game.

It almost cost them this game.

With 49 seconds left and the Lions leading by three, Carson Wentz threw a perfect deep ball to JJ Arcega-Whiteside, who dropped it inside the five. If Arcega-Whiteside catches that pass, it’s goal-to-go for the win.

Instead, the Lions got the ball back and Matthew Stafford took a knee for the win.

If I’m a player right now, I’m happy to be 2-0-1 and looking forward to this next game against the Chiefs. It’s an opportunity to put together a complete game at home and head into the Bye undefeated.

Players are hanging their hats on finishing plus-three in the turnover ratio, protecting Matthew Stafford, and winning in a tough environment. They aren’t ignoring the mistakes - blocked field goal, points off turnovers, and struggling in the run game - but they’re optimistic.

Coach Patricia has to like the way his team protected the football, protected Stafford, and improved on special teams, but he also has to be emphasizing the importance of finishing drives.

With Kansas City coming to town, the offense can’t afford to come away with field goals instead of touchdowns, or the Lions will quickly find themselves down by multiple scores.

From a defensive standpoint, the Lions may be without their Pro Bowl corner against the NFL’s top passing game, but the coaches won’t let that impact preparation. They have a “next man up” mentality, and believe they can win with whoever they have available.

Fans have to like that the Lions are sitting a half game behind the Packers in the NFC North, but know this week is an important test.

Can the Lions rise to the occasion against the NFL’s No. 1 passing offense? It will be a tough match-up, especially if they are without Slay.

Tell me what you think - what do you predict for this week’s game at Ford Field? Hit me up on Twitter @HMan84.